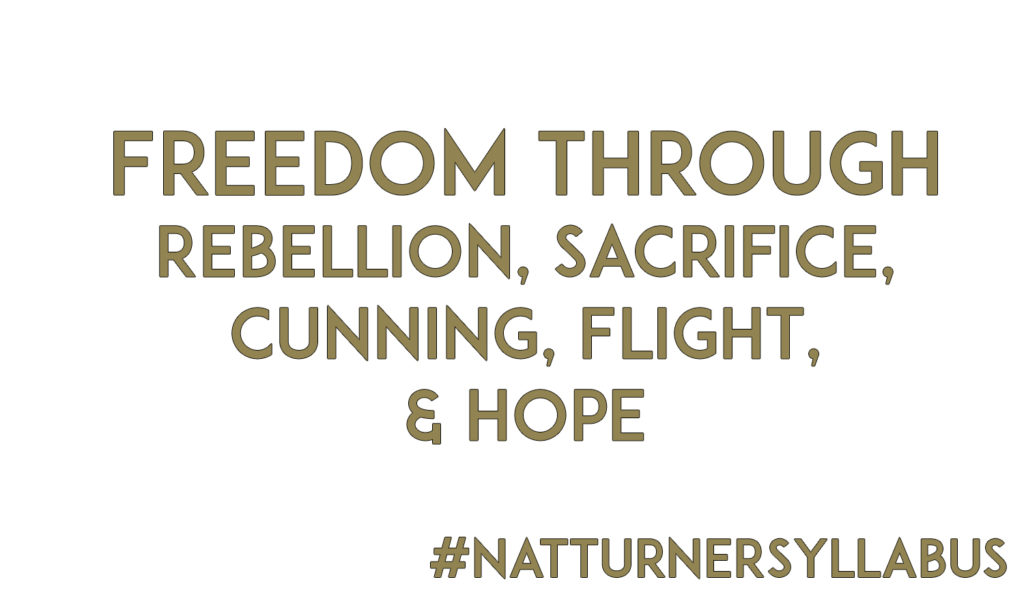 #NatTurnerSyllabus is the culmination of a three-and-a-half week writing unit undertaken by students attending LAYC Career Academy in Washington, DC.  Led by Mr. Rashid Darden, novelist and facilitator of the #DavidBowieSyllabus, this project collects resources on Nat Turner that the students themselves have decided would be of use to other students and educators.

Integral to the conversations in the Nat Turner Unit were the film The Birth of a Nation and the documentary Nat Turner: A Troublesome Property.

Guided by the broad notion of freedom, students discussed various pathways toward freedom, including Rebellion (as exemplified by Nat Turner), Sacrifice (as evidenced by Margaret Garner), Cunning (as shown by Rachel Findlay), Flight (through the Underground Railroad and Harriet Tubman), and Hope (demonstrated by the vast majority of enslaved Africans who waited in patience for the world’s morality to surpass it’s greed).

The students who enrolled in the Nat Turner Unit would like to thank all who contributed meaningful writing and created significant pieces of art to keep the facts and the legends of Nat Turner alive for generations to come.